Umno Youth comes to the fore

KUALA LUMPUR: Umno Youth chief Khairy Jamaluddin has long been viewed by some in Umno as an interloper for his liberal stand on many issues. Now, he stands vindicated.

Over the last year, with the Government's move to liberalise the economy and amend laws that many young Malaysians feel are outdated, the Rembau MP and his staunch supporters in Umno Youth are being proven right.

Under his leadership, the wing started to break away from its old mould, championing issues that were less "Malay-centric" but were seen as Malaysian in nature.

The movement pushed ahead with its liberal agenda, despite criticisms from many traditionalists.

But at this year's Umno general assembly, Umno Youth can bask in its success of having had many of its proposals now accepted and being implemented by the Government.

Khairy said when the wing decided to take a contrarian view on several controversial issues such as the Internal Security Act, freedom of the press and on the Universities and University Colleges Act, many in the party had questioned the move.

They found it hard to understand Umno Youth's direction as the wing had previously been seen as the champion of the Malays and was very radical on ethno-centric issues.

"They said we were championing issues that were similar to the opposition's agenda.

"But I kept explaining that we need to change because this is what the young people want. We can still be radical but we have to be radical progressive and radical moderates. Now our efforts have paid off."

He said this year's assembly would truly showcase the wing's unity.

Internal problems that had afflicted the movement in the last two years had been ironed out, he said.

Asked about the focus of the wing's general assembly on Wednesday, a day before that of the main party, Khairy said the primary topic would be on political transformation and preparations for the coming general election.

However, Khairy admitted, he would also have to navigate some "sensitive things", particularly the expectation among members on candidacy.

"But I will also have to temper their expectations," he said.

He said he would stress the point that getting many seats for the movement is pointless if Barisan Nasional lost in the election.

On another issue, Khairy said he had also deliberately lessened the movement's involvement in street demonstrations "because talk is cheap". 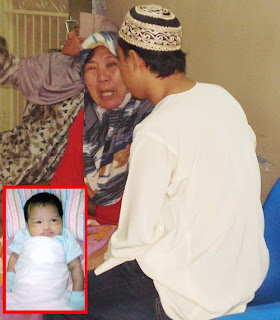